The previous European legislative period witnessed some of the most challenging crises of the European Union (EU) such as the refugee crisis, Brexit as well as the rise of populist and extremist political forces across many of the EU’s member states. The outcomes of the recent elections of the European Parliament and the constitution of the new European Commission will play an important role in deciding the EU’s future policies on these and other critical issues. It is thus not surprising that the elections received more attention than usual across Europe and beyond.[1]

In Israel, however, the coverage of EU politics in general, and the European elections and their potential consequences in particular, remain largely unreported. The political standstill in Israel as it awaits new elections in the fall as well as the last round of hostilities with Hamas in the Gaza Strip provide a partial explanation as to why the public debate and media has been preoccupied with national matters. However, it is not far fetched to assume that the coverage of EU elections in Israeli media would have been modest at best also in a less eventful period.

Given the breadth of EU-Israel relations, why are the European Parliament elections not more prominent in the Israeli media and public discourse?

The European Union and Israel

No other country in the Middle East is as strongly and diversely connected to the European Union as Israel. Israel was the first Mediterranean country to establish diplomatic relations with the EU’s predecessor, the European Economic Communities, in 1959. Israel and the EU signed a bilateral trade agreement in 1975, the Association Agreement in 1995 and the Action Plan of 2005, continuously deepening economic, political and cultural cooperation.

With an annual trade volume of 37 billion Euro, the EU is Israel’s number one trading partner. Israel’s participation in the EU’s framework program for research and innovation since the 1990s has been a major growth engine of the Israeli R&D industry as well as a dynamic platform for Israeli-European scientific and entrepreneurial exchange.

Beyond intergovernmental and business relations, people to people relations are equally vivid. Close ancestral, societal, academic and cultural ties have been a steady basis for exchange and the Open Skies aviation agreement that lifted restrictions on air travel between Israel and the EU increased traffic over the Mediterranean, lowered prices and led to record tourism volumes.

According to the EU’s ambassador to Israel, 55% of Israelis either have European citizenship or have the right to one. Even though reliable statistics on second passports are hard to find, Central and Eastern European countriesʼ integration into the EU in 2004 has contributed to a record high in Israelis applying for citizenship. From around 30,000 Polish passports issued to Israelis since 2002, two thirds were handed out between 2010-2017. In the last decade over 33,000 Israelis received German passports while the number of Israelis living in Germany far exceeds that number. Recent decisions by Spain and Portugal to naturalize descendants of Sephardic Jews attracted around a thousand applications for citizenship. All in all, around half a million Israelis were eligible to vote in the European elections.

The dense weave of cultural and economic relations between Israel and the European Union has even led some commentators to characterize Europe as Israel’s Hinterland, referring to the latter’s regional isolation but factual integration with Europe. Nevertheless, European affairs rarely catch the Israeli public’s attention, as evidenced by the general absence of EU affairs from print and online media in Israel.

What’s in the news?

The main Israeli news sites are predominantly structured along the issue areas of Israeli domestic politics, Middle Eastern affairs, Jewish Diaspora and US-Israeli relations while European affairs are usually presented under World News. Events in the West Bank and Gaza, domestic and foreign policy developments in Iran, and ongoing coverage of the war in Syria are frequently covered under Middle Eastern affairs. News pertaining to the Israeli-Palestinian conflict as well as to Israel’s relations with other Arab states such as Jordan, Egypt and Saudi Arabia as opposed to Syria, Lebanon and Iran have steadily risen to become among the top two foreign policy priority readings for Israelis over the past years.

Reporting on the European Union is comparatively sparse, but not completely absent. Most EU-related themes pertain to EU foreign policy decisions that directly affect Israel such as the EUʼs position vis-à-vis the Middle East Peace Process, including the EU’s policies regarding Israeli settlements, the status of Jerusalem, and the Iran nuclear deal. In regard to these topics, newspapers cover resolutions and declarations of the European Council, statements by High Representative Mogherini and the latter’s visits to the region.

The rise of anti-Semitism in Europe receives ample coverage. The EU’s commitment to counteract Anti-Semitism by the appointment of a coordinator on the issue, the 2018 declaration by the European Council on countering Anti-Semitism as well as numerous conferences and high-level exchanges between EU and Israeli politicians have received positive media attention in Israel. The Brexit process and the strengthening of radical forces in Europe do occasionally feature in Israeli online newspapers. However, the European elections and its results have thus far not been a prominent subject.[2]

It is possible to make three general observations about the European Union’s coverage in Israeli media. First, interest regarding the EU’s position towards Israel and the region exists. Second, when EU-related news are reported, they mostly address events that directly affect either Israel or Jewish life within the EU’s member states, while informative reporting on important developments in the EU that may indirectly concern Israel appear to stay off the radar. Lastly, the three most prominent EU-related themes Israeli media covers, namely the Israeli-Palestinian conflict, the Iran nuclear deal and the rise of anti-Semitism in Europe, contribute to a negative perception of the EU. Whether this is a consequence or the source of the statistics, in 2018, most Israelis considered the European Union a foe (55%) rather than a friend (18%).

The EU in Israeli news: no common denominator?

There is a discrepancy between the depth and versatility of the EU-Israeli relations on the one hand and the scarcity of coverage of EU politics in the Israeli media on the other. Contextualizing the reporting on the EU suggests three possible reasons for its limited prominence.

First, the European Union has a limited role as a security guarantor for Israel and has a lightweight presence in Middle Eastern affairs in general. According to a recent survey by the Israel Democracy Institute in the context of the Israeli general election, most Israelis think security concerns are decisive for their voting decisions. This is not surprising considering Israel’s state of ongoing conflict and since foreign threats to Israel’s sovereignty are voiced continuously.

When it comes to security and defense in the region, the EU has indeed little to offer. According to Israeli “political elites,” the EU’s ʻsoft power strategiesʼ prevent the Union from becoming an influential agent in the region. In comparison, political developments in the United States, a country whose diplomatic and military support is considered a central pillar of Israel’s foreign policy strategy, receive ample coverage in the Israeli media.[3] Through the Israeli security lens, the EUʼs foreign policy vis à vis the Israeli-Palestinian and the Israeli-Iranian conflicts have frequently been perceived as naïve or disconnected from Israel’s security needs and concerns. Europe’s international relations have frequently provoked resentment and mistrust within the Israeli public sphere.

The overall tendency of the main Israeli newspapers to focus their reporting on events with potentially tangible effect on Israel or the Jewish Diaspora may be another reason why developments such as the advancement of the EU’s common foreign and security policy, the strengthening of populist right-wing parties in the European Parliament or the negotiations around the next EU budget tend to fall off the radar. At the same time, however, EU-related activities that do affect Israelis directly in socio-economic arenas, such as Israel’s successful participation in regional initiatives under the Union for the Mediterranean, are hardly reported.

Finally, since media reporting tends to gravitate around the political priorities of a country, the Israeli government’s focus on bilateral ties with specific European countries, rather than in its relations with the EU, may present another reason for the limited visibility of the EU in Israeli news.

What do we make of this?

Although reporting on the EU in Israeli media exists, it is not diverse enough for a wider audience to sufficiently comprehend the nature and strength of EU-Israeli relations that are based on ʻsoft policiesʼ such as trade, research & innovation, education and tourism. Israeli media’s narrow focus when covering the EU reinforces the distorted perception that its political developments are of little significance to Israel. This disposition neglects the reality of many Israelis who maintain tight personal and professional links to Europe.

In an interview with Haaretz the EU’s ambassador to Israel Emanuele Giaufret stated that the tendency to assess the Euro-Israeli relationship through the EU’s stance on the conflict and the region presents a partial view of reality; the undercurrent of links, interests and affinities make up the relations’ true foundations.

Moreover, developments within the EU, particularly those extremist political forces threatening the founding values of the EU are intricately related to the rise of anti-Semitism and thus consequential to Israel and the Jewish Diaspora. Even if the EU’s foreign policy remains the most newsworthy aspect when it comes to EU-related news, EU politics should be of more interest to Israelis.

[2] The Jerusalem Post counts 360 article mentioning the European Union in the past year, it counts 1,893 articles on Iran, 1,508 on Syria, 1,592 on Gaza; in Haaretz 58 articles had the word “Iran” in their titles over the past month, six articles with “EU” and 31 articles with “Russia” in their titles. A Google search for the keywords “EU elections,” “Elections European Parliament” and “European Elections” show no articles pertaining to the 2019 elections. The same search on the original Hebrew pages of Haaretz and Maariv shows the same results.

This article was first published in Times of Israel. Read the full article here >> 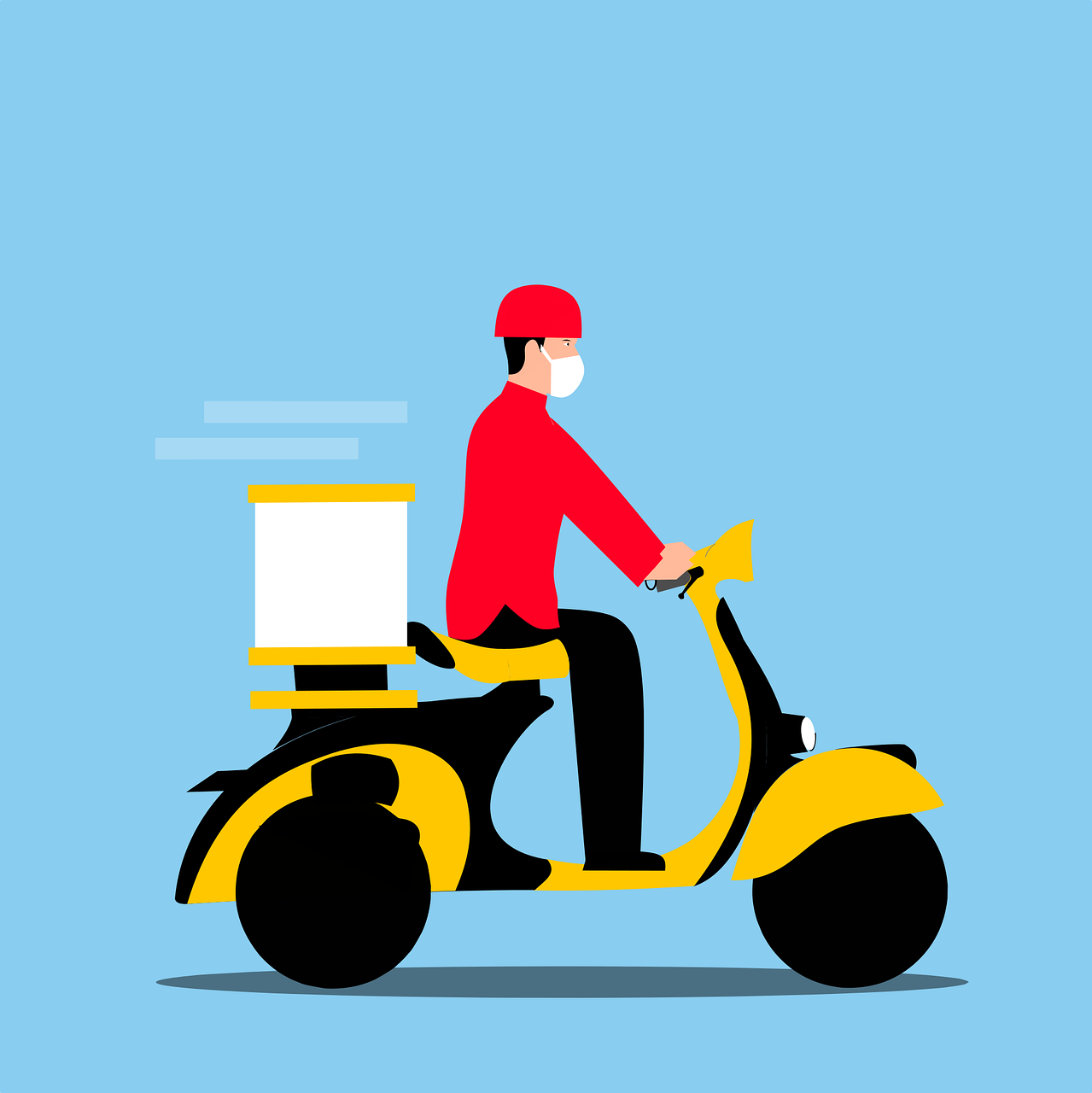