The Covid-19 pandemic is emphasizing the limitations of efforts taken by tech platforms to tackle dissemination of false information and harmful content. As adversarial actors easily find loopholes and alternative bypasses to push misleading narratives to the public domain, platforms should do more to keep information flow cleaner, but we should not look to Silicon Valley to provide comprehensive policies tackling this. It is not their job, and they have no real incentive to do so.

Over the course of the past year, major social media companies have taken steps to curb the spread of false information. Stumbling upon antivax content on Facebook, Youtube or Pinterest has become a bit harder as search engines and recommendation algorithm adjustments have limited the exposure to multiple problematic accounts, pages, and channels and narrowed existing “data voids”. These efforts have probably yielded some fruits. Indeed, in 2019 only one of the 10 most viewed “vaccines” related videos on Youtube, could be categorized as antivax content, while the other videos were produced by authorities (such as the CDC), private channels such as Bill Gates, or Youtube science vloggers.

Navigating through the measures that have been taken, conspiracy theorists, anti-vaxxers and others are leveraging a cross-platform approach to continue getting to their audience.

As people’s lives around the world have been disrupted due to the Covid-19 pandemic, a thirst for information has emerged, causing what the World Health Organization calls now, an “infodemic”. While social media platforms play a key part in communicating information and news to people, the pandemic has also exposed the vulnerabilities of the information ecosystem in unprecedented ways. Solutions by tech platforms have treated some local outbreaks and “hot spots” yet they are still falling short of providing comprehensive solutions. This post aims at describing how disinformation and misinformation manage to gain traction by using platforms to bypass other platforms’ attempts to limit misinformation distribution.

During the week 4/5–4/12/2020 the most engaged “Covid-19” url on Facebook was not a NYTimes or a CNN article, but a Youtube video, 49 seconds long, titled “W.H.O. Official: “May have to enter homes and remove family members” . It was uploaded by “Only Observer”, a channel with only 12k subscribers featuring conspiratorial content: a segment from Tucker Carlson Fox News’ 4/6 show, which included a statement by Dr. Michael Ryan, Executive Director of the WHO Health Emergencies Program from the WHO press conference on 3/30/2020, explaining that under lockdowns most of the transmissions of the virus happen in family units, and in order to stop that there is a need to isolate the sick from the rest of the family. However, in the Youtube segment, Carlson implied that authorities would remove people from their families, “presumably by force”, though Dr. Ryan had not stated that. The quote that appears in the title of the segment is also not accurate based on the video itself. However, this segment was shared over the following week close to 300k times on Facebook, and was engaged over 2M times on the platform alone. On Youtube it was viewed over 3.5M times (as of 4/13), in addition to hundreds of thousands of views on Facebook from this source and others.

The second Youtube segment on this list of most engaged URLs is titled: “Frank Hahnel A real Doctor telling it like it is. It’s all Fake.” (see the fact check) In the video, a person claiming to be an MD suggested a combination of drinking Schweppes and zinc to immunize ones body from Covid-19. The original video was viewed close to 3M times (before taken down by Youtube on 4/13), and was shared on Facebook over 230k times, before it was classified as partially false on the platform. None of the videos mentioned appeared when looking for “Covid-19” via a search onYoutube. Rather, the first results on YouTube, ordered by relevance as a default are dominated by primary news outlets such as CNN and CBS News or from health authorities such as the CDC or the WHO.

Youtube is one of the platforms that enacted stricter changes to its search and recommendation results in the past several years, when related to sensitive topics or breaking news events. That said, conspiracy theorists found ways to distribute the content they upload to Youtube, while not getting the views boost from its search engine by cross posting the YouTube links on other social media platforms such as in the Facebook examples above.

But it’s not just during the unprecedented times of Covid-19 where the solutions Youtube provides do not really meet the challenge. In February, 2020 I found that the most engaged “vaccine” Youtube videos in 2019 on other social media platforms yielded 8 of the 10 most engaged included antivax content. The most engaged video was shared over 60k times on social media. It was produced by NaturalNews.Com owner, Mike Adams and uploaded to his own website. NaturalNews.com content has been banned permanently from Facebook and Youtube, but this video has been uploaded to an Italian antivax channel. The video, using a “zombie” narrative, albeit with a new spin — insinuating that MMR vaccines are dangerous because they contain “genetic code” — was shared first on Antivax pages and groups, but then made its way to more pages and groups dedicated to conspiracies, politics and even wellness. Other videos on the list followed the same pattern, and in some cases engagement with the content on Facebook or Twitter (shares, comments and reactions) even exceeded the number of views on Youtube.The NaturalNews video (uploaded on an Italian Youtube channel) managed to be one of the most viewed about vaccines over the past year. This volume of shares relies on an infrastructure that was built by anti vaxxers on multiple platforms, through closed and open communities, to disseminate their messages. Similar networks are in-place for QAnon “believers”, 5G conspiracies and others.

But Youtube is just one platform. On 4/9/2020 Robert Kennedy Jr., an antivax activist posted on his Instagram account (at that time with ~200k followers) a misleading post targeting Bill Gates’ activity around vaccines, blaming him for the death of hundreds of children in developing countries through his contributions due to a “personal fetish” for vaccines. The post got close to 60k likes and over 8k comments (seems to be RFK Jr.’s most liked Instagram post since January 2020 at least). But the post did not just make rounds on Instagram. According to Crowdtangle data, the url was directly shared and engaged dozens of thousands of times on other platforms. More importantly it made its way to a much bigger audience through other outlets:

1. Articles that cited it: the third most engaged article about “Bill Gates” in the week between 4/5–4/12 on Facebook was from the pro-Russia outlet “Fort Russ” which basically copy and pasted RFK Jr.’s Instagram post. As of 4/13 its url was engaged over 100k times and was shared close to 40k times. Other websites also used the same method (copy/pasting the post), gaining dozens of thousands of engagements (ZeroHedge, The Clover Chronicle, NewsPunch).

2. Youtube: RFK Jr.’s post (mainly through the blogs that copy/pasted it) was cited in multiple videos that were viewed (as of 4/14) at least hundreds of thousands times in multiple languages (German, Spanish, English).

3. The post text and image were copy/pasted to Facebook by antivax and conspiracy groups and were shared at least thousands of times. (VINE, Medical Choice is Freedom, Gabriel Cousens MD, Revolution for Choice).

In the course of five days since publishing his Gates smear post, RFK Jr. Instagram account gained over 70k new followers (a 35% increase in total number), a number that put into question Instagram’s efforts to limit antivax content exposure. However, since most of the engagement with RFK Jr. post content came from indirect citations, even if those efforts would have yielded better results (less direct engagement on Instagram), their effectiveness would be probably limited, perhaps similar to treating an epidemic, as if it is a small “hot spot”.

Looking for immunity from BS

The use of metaphors from epidemiology might make it easier to understand the problem, but thinking of solutions requires a much broader perspective. Considering the dominance of “big tech” companies such as Google, Facebook, Amazon or even Twitter, it is only reasonable to require better approaches for handling false and often dangerous content on their platforms while being weary of solutions that will push big tech to create a “content cartel” as Harvard Law School Evelyn Douek laid out.

As communication researchers already pointed out, it is also detrimental to think that this problem may be fixed with a single point “vaccine solution” developed by any Silicon Valley tech geniuses. Education, media literacy and social trust are core to making people more immune to BS, but tech platforms could and should go beyond by improving their recommendation algorithms or detecting emerging falsehoods on their respective platform.

To better address the challenges, there needs to be further analysis and public discussion about social media and media patterns at large.

For example, we often mention how “bad actors” — whether state actors or conspiracy theorists — manage to turn a claim made on the fringes of the internet, into a viral argument (e.g., the rich conspiratorial and alarming misinformation about Bill Gates’ intentional malicious damage to public health). However, it is hard to tell how much of a problem such conspiracies really are, and more immediately, to point out where misinformation outbreaks occur and where more preventive work should be done. To such ends, tech platforms could help not just via deploying algorithms that post-factually curb the spread of false and harmful content, but also in identifying vulnerable areas and populations.

To better understand, mitigate and stay ahead of misinformation, platforms can better identify where falsehoods spread like fire, for example by identifying inflection points such as accounts through which fringe conspiracies seep into the mainstream. This might sound like a case for surveillance, but the intention is not to build “thought-police”, but to leverage data that is already put to use by platforms for ad targeting, in order to expand platform transparency and enable society to understand its own public discourse. A “real time” repository of data from multiple social platforms and media outlets about emerging content/narratives in the public domain, and the demographics engaging with this type of content, could help society focus efforts where they are most needed, and before it is too late. 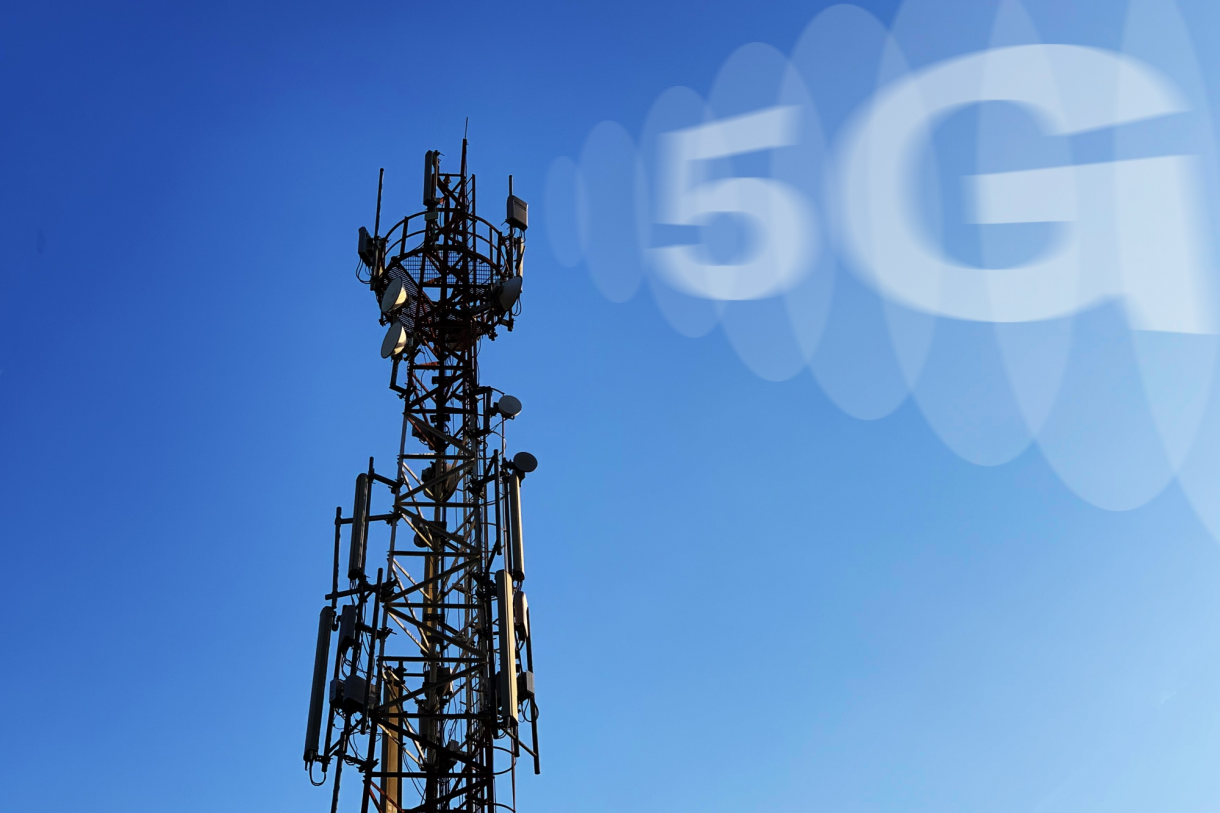