It is an eerily familiar sight: President Recep Tayyip Erdogan claims victory in a televised address. Across Turkey and several European capitals victory celebrations erupt in chants of the president’s name, as parades of cars brandish the Turkish flag and the symbols of Pan-Turkism.

At the same time the families of dissidents, seculars, Kurds and sympathizers of the Gülen Movement struggle to contain their despair. Erdogan’s populist politics have amplified historical divisions, making Turkey a country of friend and foe. What do Sunday’s elections mean for Turkey? And were we right to treat them like a genuine contest? This article offers a first assessment.

The playing field was uneven

The American political scientists Steven Levitsky and Lucan Way recognize that the notion of a ‘level playing field’ is intrinsic to democracy. The analogy of the ‘level playing field’ suggests that contenders for political power have equal opportunities to capture the state in an election. While a degree of incumbent advantage exists in most healthy democracies, excessive benefits enjoyed by the sitting government are indicative of authoritarianism. As such, elections do not themselves guarantee democracy.

Several indicators suggest that Erdogan enjoyed excessive incumbent advantages in Sunday’s election: In the aftermath of the failed coup attempt of July 2016 Erdogan was able complete the capture of Turkish domestic media, thereby silencing all critical coverage of his presidency in conventional mass media outlets. The stifling effect of media capture was amplified by the arrest of hundreds of Turkish journalists for alleged ‘links to terrorist organizations’. In a climate of mass political arrests at all levels of society and an ever extending state of emergency, criticism of the government has become a dangerous activity.

The playing fields was further skewed by a crackdown on the Kurdish political opposition. Following the coup attempt, the mayors of over fifty Kurdish municipalities were arrested and replaced with AKP appointees. Even more strikingly, the Kurdish presidential candidate Selahattin Demirtas, an elected member of parliament and the co-chair of the People’s Democratic Party (HDP), ran his election campaign via social media from the confines of a Turkish prison.

Even the institutions of democracy in Turkey were systematically skewed in favor of Erdogan. The AKP’s purge of the Turkish bureaucracy and judiciary have resulted in intense government pressure on the Supreme Board of Elections (YSK) as well as the judiciary tasked with supervising its work. The judiciary itself has been purged of all those critical of the president. Thus, the Carnegie Endowment identified significant scope for government meddling in the election, a concern amplified by the exclusion of German and Swedish election observers for alleged bias.

The momentum was real

Despite the excessive incumbent advantages enjoyed by Erdogan, the opposition to his re-election was broad and sustained. Ahead of the election, the Republican People’s Party’s (CHP) presidential candidate, Muharrem Ince, drew a crowd of over one million supporters to a rally in Izmir. Ince is credited with uniting the opposition against Erdogan and forming a coalition of seculars (the CHP), conservatives (the center-right Democrat Party), nationalists (the new Iyi Party) and religious voters (the Islamist Saadet Party); thereby forging the first electorally credible challenger to the AKP in over a decade.

Ince offered a pugnacious response to steadily increasing calls for change within Turkish society. Such calls were already evident in mid-2017 when CHP leader Kemal Kilicdaroglu undertook a widely supported ‘March for Justice’ against the government and its state of emergency policies.

Simultaneously, the imprisoned coalition outsider Demirtas built an effective digital campaign to circumvent the AKP’s grip on traditional mass media. In addition to campaigning via social media outlets such as Twitter, Demitas used a phone call to his wife to broadcast a campaign speech to his supporters.
In doing so Demirtas fought back against the pressure exerted by the government on Turkey’s Kurdish regions. Hence, his HDP party chipped away at Kurdish support for the AKP, which was rooted in now abandoned attempts by Erdogan to make peace with the PKK and its sympathizers.

Erdogan, in contrast, showed signs of vulnerability. Known for his rousing rallies and messianic fervor, Erdogan played the part of the populist champion of ‘the people’ less convincingly than in last year’s constitutional referendum. In the run-up of the election this vulnerability was often exaggerated by European newspapers: Erdogan is still immensely popular in his core constituency in central Anatolia, as well as among the Turkish diaspora in countries like Belgium and Germany.

Erdogan circumvented efforts by Germany and the Netherlands to prevent members of the Turkish government from campaigning in their territory by holding large rallies in Bosnia, with members of the Turkish diaspora bussed in from across Europe. Nonetheless, the veneer of invincibility seemed to have given way to a more surmountable form of political dominance. The reality, of course, was that defeating even a weakened Erdogan would have come close to a miracle.

What to make of the election outcome?

While the outcome of the Turkish election was ostensibly close, this perception conceals the absence of a fair, genuine political contest. In fact, the so called ‘elections’ represent a continuation of the creeping death of democracy in Turkey, a fate that was sealed in the aftermath of the 2016 failed coup attempt.

One immediate consequence of Sunday’s vote is that a reversal of Turkey’s 2017 constitutional referendum (as campaigned for by Ince) is now no longer thinkable. With the implementation of the presidential system political power will be further concentrated in the hands of Erdogan, who will be able to personally direct virtually all important political decisions and appointments in Turkey. As a result of the ongoing state of emergency, Erdogan has been exercising many of these powers de facto since mid-2016. The election makes this exceptional state of affairs permanent.

Electoral promises aside, the election itself does nothing to alleviate either the economic challenges facing Turkey, the currency crisis nor the divisions in Turkish society. There are speculations that Erdogan may attempt a reconciliation with the country’s Kurdish population. However, given the severe human rights violations committed in South Eastern Turkey by the AKP government, such initiatives, if attempted at all, are unlikely to succeed.
These are indeed dismal times for those people in Turkey at odds with the Erdogan regime. 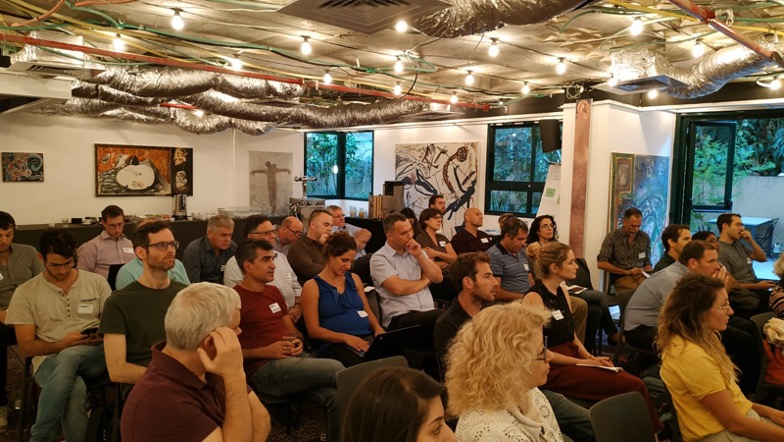 Workshop in Tel Aviv: Israel’s experts on green innovation discussed how to make the high-tech nation into a…