“Israel exists and will continue to exist until Islam has extinguished it, just as it has already eradicated other countries.” – One of the most radical formulations that unequivocally calls for the destruction of Israel has disappeared from the Hamas policy paper. After 30 years, the radical Islamic organization changed its political program for the first time and published a revised version of its charter. The document was presented in early May 2017 and sounds rhetorically much more moderate than the original. While some particularly extreme passages – such as the call to exterminate Israel – have been removed, it is said that one can at least recognize a Palestinian state within the 1967 borders as a “national consensus”, and it points out that Hamas is in conflict with the “Zionist project and not with the Jews because of their religion”.

Has the extremist movement, which is responsible for countless attacks on Israeli targets and is constantly calling for violence against Israelis, undergone a change of heart? Is it finally swearing off the armed resistance, is it even closer to the prospect of peace negotiations with Israel?

Even if some experts seem to recognize a historic turning point in the new document, there needs to be some realism with regard to the peace readiness of the organization. Thus, despite the fact that the revised principles sound more moderate in tone, especially because one part of the offensively anti-Semitic language was omitted, the content of the radical attitude remains the same. Israel’s right to exist is not recognized in the new policy document, which refers to the establishment of the Jewish state in Palestine as “completely illegal.” Also, Hamas’s claim to the entire historical territory of Palestine, which includes today’s Israel, remains – which makes the reference to recognition of the 1967 borders immediately redundant. It also reaffirms the readiness for armed struggle, rejects peace talks such as the Oslo Accords, and calls Israel a “racist, inhuman and colonial Zionist project” that endangers the peace and security of the entire world.

A genuinely break from the radical positions of the movement looks different from what is seen in the revised charter and it is hard to blame the Israeli government for rejecting the document as a “deception maneuver”. Only because the radical Islamic movement no longer literally writes the call for the war of annihilation against Israel in its program, that is certainly no signal for a departure from their crude ideology. However, it must not be forgotten that Hamas is not only an Islamist group, but above all a political party that has governed the Gaza Strip since 2006. In this respect, the policy document is not only an expression of its fundamentalist ideology, but also part of the Palestinian political organization’s strategy.

Strategic Background of the Charter

This raises the question as to what stands behind the organization’s decision to revise its principles. Israeli Prime Minister Benjamin Netanyahu accused the organization of publishing the new charter in an attempt to “mislead the world”. But did the hardliners really want to fool the Western world of the organization’s moderate shift, perhaps to free themselves from international isolation? The persistent substantive radicalism of the manifesto makes it doubtful. Indeed, if it were Hamas’ goal to signal its willingness to negotiate, it should not have included neither its relentless attitude of “complete the liberation of Palestine” nor its vehement rejection of peace agreements. Neither the EU nor the US will recognize any willingness to compromise, which would justify to invite Hamas to join the Middle East negotiations in the future.

The date of publication of the manifesto, which was took four years to complete, suggests a different strategic deliberation. Thus, when Chalid Maschal, leader of the Hamas political wing, presented the paper in Doha on May 1st, the date not only coincided with the Israeli Independence Day, but also with the first meeting between Palestinian President Mahmoud Abbas and US President Trump in Washington. For the Hamas Leadership, not only the declared archenemy Israel is dangerous, but also the Fatah, which holds power in the West Bank, and with whom the Islamic movement competes for the Palestinian leadership. In the face of the catastrophic humanitarian situation in Gaza, the aforementioned claim is, however, slipping away. Rising poverty, high unemployment, lack of electricity and water supply – even if the organization tries to blame Israel alone for the hardships, leads to growing frustration within the Palestinian public against the Hamas government. It was not until January 2017 that the biggest demonstration took place since Hamas took over the Gaza Strip in 2006. If elections were to be held in Gaza and the West Bank, which hasn’t happened in the past 11 years, it is not unlikely that Hamas would have had to give up its power.

Since Hamas won the elections in 2006 and forcibly took the lead in Gaza, the conflict between the two Palestinian parties continues to rage. Only shortly before the publication of the revised charter, the dispute escalated once again. With the new program, the hardliners thus pursue above all the goal of establishing the Hamas as the true Palestinian leading movement and as a better alternative to Fatah.

Criticism from the Palestinian street

Thus, the revised charter is not aimed primarily at Israel and the rest of the world, but at the Palestinian population. The core message is that Hamas is a national Palestinian movement, and not – as in the original charter – primarily defined as a global Islamist front. In doing so, Hamas addresses a key accusation of the Palestinian street that Hamas is an externally-driven religious movement that uses Palestine merely as a proxy conflict on behalf of the global jihad. The new document therefore focuses on the local Palestinian context, leaving much of Islamist contents behind. Accordingly, it emphasizes the political over the religious nature of the agenda, which thus fights Zionism and not Judaism. Also, the recognition of the PLO as a “national framework of the Palestinian population” is an indication of the attempt to address the internal consensus. In addition, the program shows Hamas’s attempts to clearly separate itself from other radical Islamic movements, which ought to eliminate any associations with the Islamic State organization. Although Islam remains a central pillar of the movement, the revised charter expressly emphasizes the negative attitude towards “interference in the internal affairs of every other country”.

Differentiation from the Egyptian Muslim Brotherhood

Distancing the movement from its original Islamist agenda also serves to explain Hamas’ attempt to distinguish itself from the Egyptian Muslim Brotherhood in the new charter, from within which Hamas emerged. While the movement referred to itself as an arm of the Muslim Brotherhood in the original charter, it is no longer mentioned in the new document. The demarcation should also be understood as a sign towards Egypt, where President as-Sisi – unlike his predecessor Mursi – vehemently persecutes the Muslim Brotherhood and accordingly executes a hawkish attitude towards Hamas. Over the past few years, Egypt has repeatedly blocked one of the few accesses to the Gaza Strip via the Sinai Peninsula, further aggravating the humanitarian situation in the foreclosed area. Above all, however, Hamas wants to define itself as a separate movement with its distancing from the Muslim Brotherhood, thereby freeing itself from the charge of being controlled by foreign Islamist forces.

A spark of hope

The new Hamas program does not show any change in its fundamentalist ideology, but should rather be understood as a strategic move to win the favor of potential supporters within the Palestinian society. The goal of eradicating Israel remains, even if the language sounds more moderate. In addition, Hamas’ actions speak for themselves: only in February 2017 the hardliner Jihia al-Sinwar was elected head of the Gaza Strip, who is part of the organization’s armed wing and supports militant resistance.

Euphoria is therefore not the order of the day. The belief that Hamas may be interested in initiating peace talks with Israel in the near future is almost as remote as the thought that it may eventually be awarded the Nobel Peace Prize.

The Israeli government should also pay attention to these voices and focus its policy on dialog with the moderates. Because if Hamas’ radical position ever loses its legitimacy within the Palestinian society, it would certainly constitute a constructive step towards reconciliation between the two peoples. 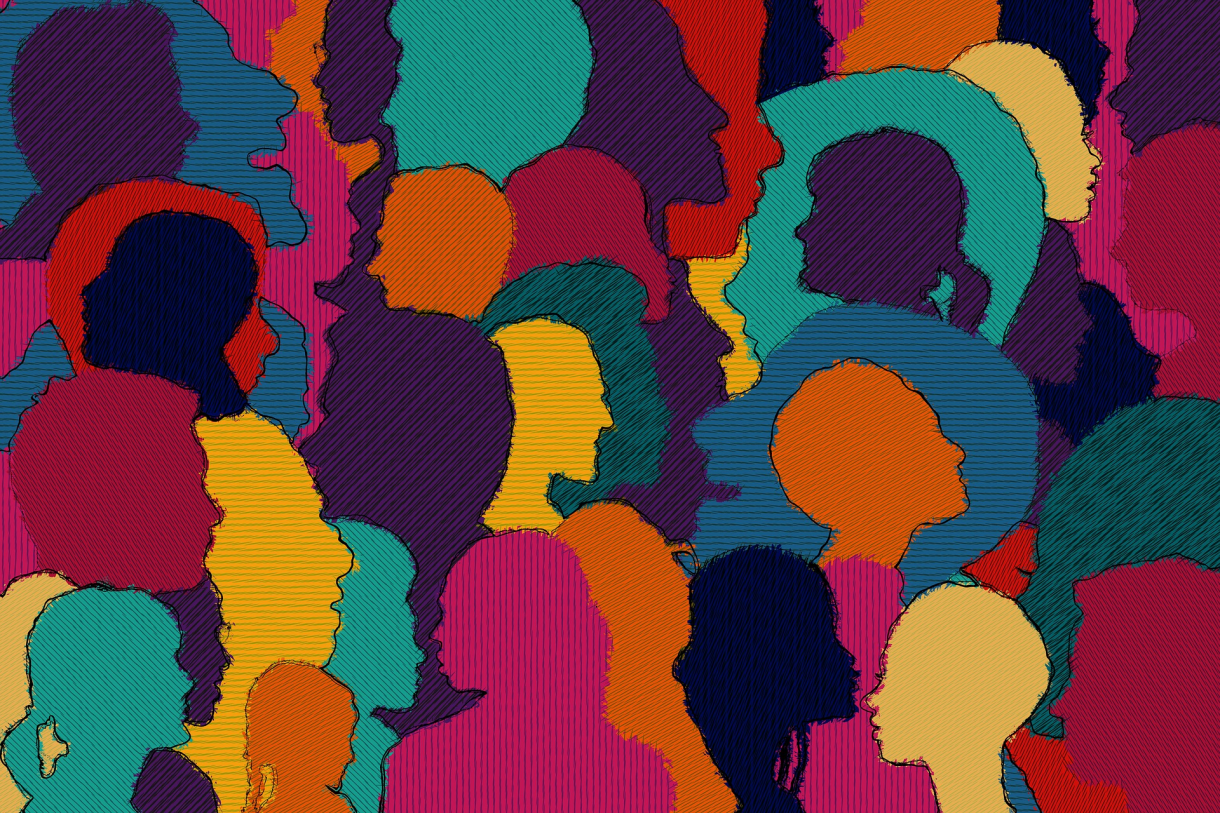 What is data stewardship, and how could it address questions of power imbalance in the data economy?

Authors: Anouk Ruhaak & Astha Kapoor Introduction: Why do we need data stewards? Over the past decade, large… 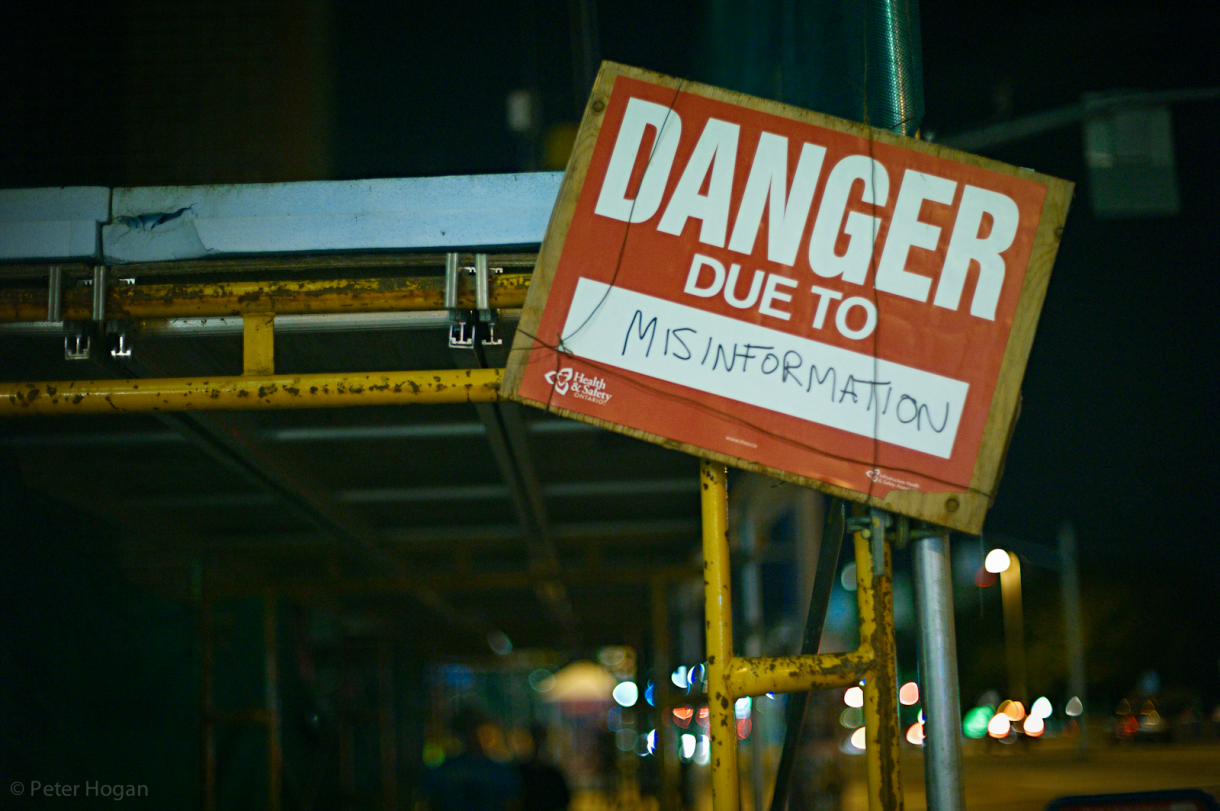 "Deescalating polarization will contribute to diminishing the problem of misinformation"